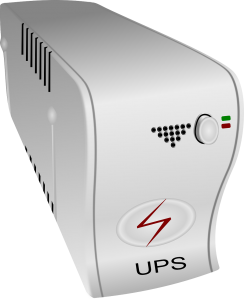 Unforeseen power interruptions can have a devastating effect on your business, and especially your data centres. Planning for this in advance (by having UPS systems installed) can save your business from data loss and other critical functions. A UPS, also known as an Uninterruptable Power Supply, is a system that protects you from power surges, spikes, and blackouts. Here, experts from UPS Battery Shop explain more.

Most computer systems today face everything from blackouts, power surges, brownouts and electric signal noise that make it hard for them to function optimally, if not damage them. Each of these issues presents your computer system with a unique problem which if not managed, can have a debilitating effect.

Blackouts are the most common of electrical problems today. An outage can cause your systems to malfunction or even lead to a blackout. While some blackouts are controlled, many of them aren’t; that’s one of the reasons you need to ensure your business is protected from the same.

Brownouts, on the other hand, are less frequent but as destructive as blackouts. A brownout can be defined as a drop in voltage. While your systems may still be able to draw some juice from the connection, most will either overheat or trip. Brownouts are known to run for a few minutes to several hours. A brownout can also go undetected by the utility company, hence leaving your systems without current to keep them powered on.

Electric signal noise may be caused by interference between generators and lightening. While signal noise may not affect most electronics, many computer systems cannot operate/run optimally with a noisy electrical current. Electric noise can lead to chip damage as well as corrupted operating systems and files.

Spikes are short-lived electrical current flare-ups commonly caused by an increase in voltage due to lightning or other reasons. Electric spikes may also be experienced when power is restored after a blackout. Spikes can have devastating effects, and almost always leaves connected electronics with a blown fuse or even worse.

A power surge is the direct opposite of a brownout. A power surge can see a sharp increase in power and electrical current, mostly more than the stated voltage for the line. Although short-lived, a power surge could cause significant damage to some of your most expensive equipment and appliances. These include air conditioners, servers, and refrigerators.

Are These Problems Common?

The Department of Energy has been monitoring power outages and the effects they have on appliances and other electrical equipment for the past fifteen years. Illinois, in the USA, recorded a power outage for more than two days which were caused by severe thunderstorms. The 2014 events say 420,000 individuals and businesses were affected by the unprecedented power outage. The state of Pennsylvania was affected by inclement weather, which saw more than 715,000 customers affected by the power outage. A good number of these were businesses without a good backup power system. The same can happen to you. How prepared you are, however, determines if your computers and data will stay intact during such times.

There are essentially two types of UPS systems on the market today:
a. Standby UPS
b. Line Interactive UPS.

The Standby UPS is designed to protect your computers and IT equipment from power surges and outages. The UPS monitors the voltage-current for inconsistencies and switches immediately to battery power if a surge or outage is detected. This thus leaves your computers and other equipment running uninterrupted until the issue is resolved. Small businesses with one or two computers are better off with this type of UPS. A standby UPS generally costs between £150 and £500.

A-Line Interactive UPS, on the other hand, is designed to keep your computers and data centres protected from long-term power issues. It continually works to keep the voltage-current to your business stable. This is achieved by either reducing or boosting the incoming line voltage without needing to switch to battery power. These, therefore, are much longer-lasting, with their batteries lasting significantly longer than standby UPS systems. These are, however, more expensive – costing anything between £400 and £1200.