Reasons To Invest In A UPS 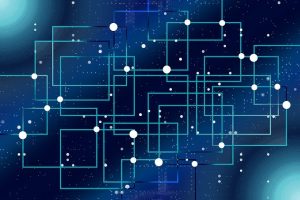 Power outages can spell catastrophe for many types of electrical equipment. Fortunately, there are steps you can take to avoid any damage to your devices. Investing in a simple UPS (Uninterruptible Power Supply) might just save your business.

A source UPS device protects against a range of power problems. Its main function is to protect electrical equipment from blackouts, spikes, noises, brownouts and power surges. Given that each one of those power issues can pose a risk to your computer equipment, a UPS can provide real protection to your business’s electrical devices.

What Is A Blackout?

Blackouts are one power problem that just about everyone has heard about or experienced. A blackout occurs when the national power grid goes down due to an imbalance between electricity consumption and generation. Sometimes the whole country experiences a total blackout, whereas other times managers activate a controlled shutdown to limit blackouts to specific regions.

Fewer people have heard the term “brownouts”, but brownouts can be just as disruptive. During a blackout, there this a complete loss of voltage, while during a brownout there is a drop in voltage. What this means is that power is still available, but it is limited. Brownouts can last anywhere from five minutes to several hours. While a drop in voltage doesn’t sound that bad, brownouts can cause irreversible damage to electronic devices.

Electrical noise is caused by interference. While electrical noise sounds like a minor issue, it can actually cause your computer operating systems to malfunction in unpredictable ways. Noise is a power problem that can corrupt files.

Spikes occur when there is a sudden voltage increase. They are usually short-lived and often the result of lightning causing flare-ups in electrical current. That said, spikes can also occur when power is restored following a blackout. This is because it can take some time for the electric current to normalize after power is restored. If you have any electronics plugged in when voltage spikes occur, the devices could be damaged.

With What Frequency Do Power Issues Occur?

In 2014, there were severe thunderstorms in the state of Illinois which caused a two-day long power outage. During those two days, more than 420,000 customers were impacted. Your business could have been among those affected customers. In which case, would you have had the equipment to protect your business’s computers and data?

When it comes to UPS solutions, there a two different key types: Line Interactive UPS and Standby UPS.

A Line Interactive UPS is best for protecting your computer systems and data from long-term problems. Such a device works by constantly stabilizing the voltage-current of the main power supply into your business. It does this by using a regulator that automatically reduces or boosts incoming line voltage, without diverting to a battery power backup source, meaning over the long run the life of batteries is prolonged. The average cost of a Line Interactive UPS is £400 to £1000.

A Standby UPS is used to protect against power surges and power outages. It constantly monitors the voltage-current for inconsistencies. If an outage or surge is detected, it immediately activates the battery power backup. Consequently, your systems continue to operate without power interruption. A Standby UPS would be best for businesses with a single computer hub, as the onboard battery in such devices can’t support multiple computer hubs simultaneously. The average cost of a Standby UPS is £150 to £450.