Untangling Wi-Fi on Construction sites – The Benefits of Wireless 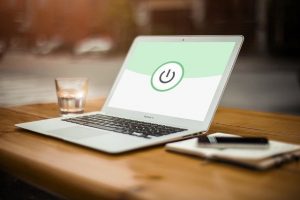 The availability of high-speed internet connectivity throughout construction sites is now standard practice. Let us take a closer look at why this is the case and what benefits wireless internet access brings to the construction industry.

Just like is the case with any kind of business, construction companies are increasingly digital operations that rely on connectivity not only for communication but also for day-to-day coordination of activities.

Unlike an office-based outfit, however, a construction company can’t just rely on the existing network and IT infrastructure when it arrives on a new site, which has created a dilemma because creating a new internet link to a site with a wired lease line connection requires digging of trenches and laying of cables, which takes time and adds expense to the job.

If you are on a construction site that grows in size over time, such as a major housing development, extending access would mean that you would have to continually dig new channels and lay new lines.

For modern construction firms that pride themselves on agility and efficiency, waiting for wired lines for the internet service to be installed before they are able to progress with a job does not seem acceptable anymore.

What’s the Difference Between ‘Wireless’ and ‘Wi-Fi’?

It is first important to distinguish wireless from Wi-Fi.

Wi-Fi routers provide wireless access to an internet service, which means that workers on-site are able to use their tablets, laptops, smartphones, and other devices while moving around, but you will often find those routers actually connected to wired lines that deliver the broadband service on-site.

When it comes to wireless leased lines, however, the broadband service is delivered via microwave and radio technology, which is essentially how you get 3G and 4G mobile data services to your smartphone.

What Is Connectivity Needed for on Construction Sites?

Fast, reliable internet and Wi-Fi is increasingly becoming a necessity on construction sites because contractors and construction companies are increasingly using digital devices and applications that rely on a network connection. Examples include:

Instead of having on-site security personnel 24/7 watching security camera video feeds, images from IP CCTV cameras are streamed through the internet either to a contractor or a security team based in the head office. This reduces the cost of monitoring significantly. As a side point, I would highly recommend that you see ‘Simpli-Fi’.

Other security features that rely on an internet connection include Wi-Fi operated access systems that can stream an image from a camera mounted at the gate to any smartphone and be unlocked remotely as required thereby saving anyone having to man the gate throughout the day.

Smartphones have completely transformed how mobile teams such as construction workers stay in touch with development partners, clients, as well as colleagues back in the head office. They make it possible for individuals to answer emails, take and make calls, have conversations on IM platforms, and even share pictures and files, all as they work.

Being able to do all this via a Wi-Fi connection, however, is far more effective than using mobile data. Similarly, Voice-over-Wi-Fi phone services don’t actually carry any charges, which essentially means that for the cost of just one internet connection, the entire workforce on a construction site is able to make unlimited calls at no cost.

Construction firms have long used laptop and desktop computers to run CAD software to develop and share engineering and architectural designs on site. In the past, these programs would have been stored on individual machines, which meant that contractors and workers would have to go to the site office or have a laptop taken to them to view the plans.

Cloud-based CAD software services have changed the game since it is now possible to access the platform on any device. This translates to much more flexibility, which means that new instructions and designs can be shared quickly to all that need to see them, and contractors are able to refer back to them while working on their own devices. The point is, obviously, that cloud services rely on internet access.